The show looks back to Christo’s (b. 1935) only two exhibitions in the United States at Leo Castelli Gallery. In 1964, Green Store Front (1964, Hirshorn Museum and Sculpture Garden, Smithsonian Institution, Washington, DC, USA) was part of a group show with works by Richard Artschwager, Alex Hay, and Robert Watts. Two years later, Christo had a solo show at Castelli that included Four Corner Store Fronts and several related drawings and collages​.

Christo is widely known for the environmental works created with his wife and collaborator, Jeanne-Claude (b. 1935 – d. 2009). It is the Show Cases, Show Windows, and Store Fronts that mark an important shift in the artist’s interest from creating smaller, self-contained wrapped objects to altering whole rooms and eventually environments, like Valley Curtain (1970-72, Rifle, Colorado) and The Gates (1979-2005, Central Park, New York City, NY).

Christo began making Show Cases in 1963, when he was living in Paris. He and Jeanne-Claude came to New York in 1964 in preparation for the group show at Castelli, taking up residence in the Chelsea Hotel. It was there, in the confines of their small hotel room that he constructed his first Store Front (Green Store Front). Christo and Jeanne Claude returned to Paris briefly, where he continued to work on the Store Fronts, before they (with their son Cyril) permanently relocated to New York at the end of the year –returning first to the Chelsea Hotel before finally moving to Howard Street, where Christo still works to this day.

Christo: Storefronts and Show Windows, 1963-67 will be on view from through January 23, 2016. The exhibition is accompanied by a publication designed by the artist. 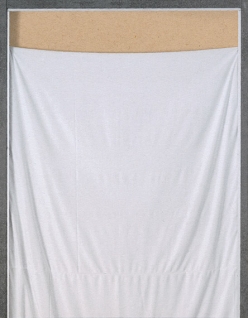 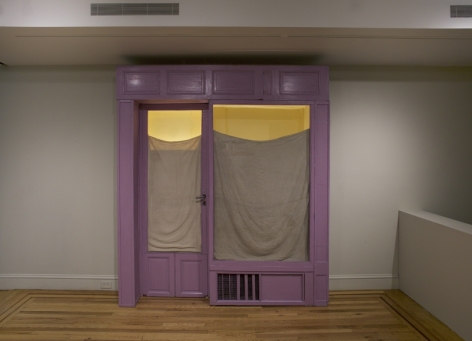 Known for bigger-than-life, over-the-top, large-scale installations, New Yorkers may best remember Christo and Jeanne-Claudefor their colorful project, The Gates in Central Park in 2005. In 2009, Christo lost Jeanne-Claude to a brain aneurysm, but has kept his promise to continue creating in both of their names. Now, ten years after The Gates, Christo returns to New York in a solo exhibit at the Craig Starr Gallery. 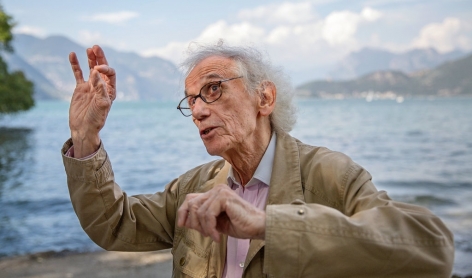 New York Times Next From Christo: Art That Lets You Walk on WaterOctober 21, 2015

...In fact, Christo has been quietly busy, juggling several projects at once. And now, he is poised for a comeback on his own. His first commercial art exhibition in nearly 50 years opens on Nov. 6, at the Craig Starr Gallery in Manhattan, with examples of some of his earliest works, his Show Windows and Store Fronts, architectural installations he started making in the early 1960s, shortly after he and Jeanne-Claude arrived in New York from Paris.