NEW YORK – Craig F. Starr Gallery is pleased to announce the exhibition Bruce Nauman: Drawings for Neons, on view from October 9 – December 16, 2009. The show features a group of extraordinary drawings that Nauman created in relation to his neon sculptures.

Born in Indiana in 1941, Nauman studied at University of California, Davis in a thriving art program led by Wayne Thiebaud. After graduating, he moved to San Francisco, where he made his first videos and neons. His career grew rapidly when Leo Castelli showed Nauman’s work in his New York gallery in 1968. Nauman currently represents the United States at the 2009 Venice Biennale, where he won the Golden Lion for Best National Participation.

Known for his assertive subject matter, Nauman’s drawings in this show playfully juxtapose words and phrases that sound alike but whose meanings may seem unrelated. Nauman’s specific word choices are often aggressive, violent and sexually provocative. These meanings are amplified by the large scale and bright colors of the works, both in the drawings and in their translations into neon.

These drawings function simultaneously as plans for the fabrication of the neon sculptures and as autonomous artworks that exploit the inherent collapse of three dimensional space as it is translated into a two dimensional medium. Additionally, they contain pencil notations of scale, color, and composition, revealing Nauman’s private visions for his final sculptures. The drawings retain a captivating intimacy while remaining (like Nauman himself) subtle and elusive. 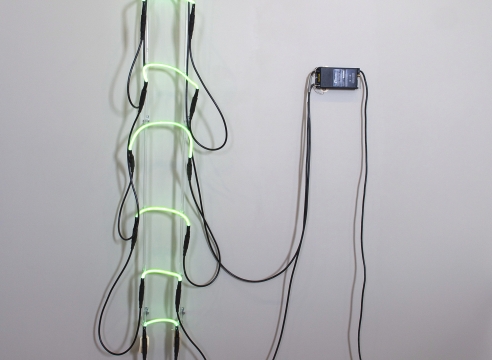 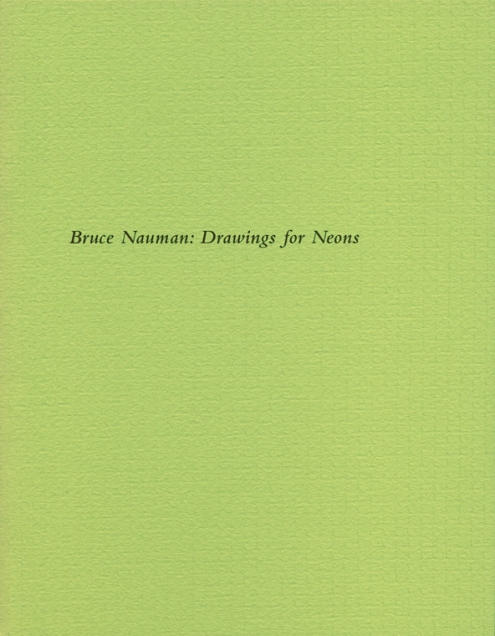