NEW YORK – Craig F. Starr Gallery is pleased to announce the exhibitino Blanche Lazzell: White-line Color Woodcuts, on view from June 5 - August 14, 2009. The show explores the works of Blanche Lazzell, whose woodblock prints of the 1920s - 40s distinguish hwer as among the greatest of the American modernist printmakers. Accompanying the exhibition is an illustrated catalogue with an essay by Barbara Stern Shapiro, Curator Emirata of the Boston Museum of Fine Arts.

Born in West Virginia in 1878, Lazzell achieved some recognition among the group of printmakers working in Provincetown, Massachusetts in the early decades of the twentieth century. She was a pioneer of the white-line color woodcut technique, in which a single block is carved with grooves separating the different color sections, rather than different blocks for each color, as in traditional printmaking. The method is labor intensive and each impression is unique.

This exhibition comprises eleven of Lazzell's white-line color woodcuts and also features five of her original woodblocks. The blocks hang with their corresponding prints, offering the viewer a tangible sense of how the artist created her work. Lazzell's subject matter ranges from landscape scenes of her native West Virginia to views of Provincetown's harbor. Additionally, several floral abstractions in the exhibition reveal Lazzell's interest in Cubism and Fauvism, which she discovered on two trips to Paris in the 1910s and 20s, where she studied with Albert Gleizes. She later studied in Provincetown with Hans Hoffman.

Blanche Lazzell: White-line Color Woodcuts is made possible with generous loans from private collections in New York and Massachusetts. The last major exhibition of Lazzell's work was in 2002 at the Museum of Fine Arts, Boston. 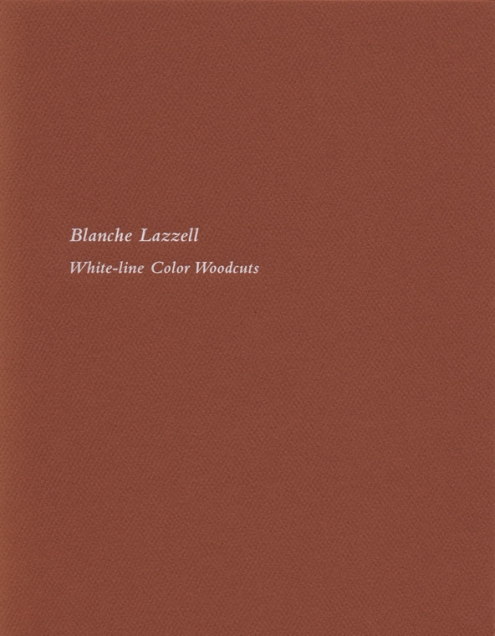