NEW YORK – Craig F. Starr Gallery is pleased to present Dorothea Rockburne: Works 1967-1972. The show, which runs from September 7 to October 20, examines the artist's early work in a variety of materials like chipboard, crude oil, sheet metal, and paper.

On view are twenty-three examples of the artist's early minimalist works - many of which have never been exhibited for. Highlights include Tropical Tan (1966-1967) and Studies for Scalar (1970). The former is a large construction of four three-by-eight foot panels of creased black steel (also known as pig iron), spray-painted with a band of wrinkle finish paint called Tropical Tan, for which the piece is titled.

The making of this monumental work, and observing the traces of the the painting process on the paper, is what inspired Rockburne to drawing. The Studies for Scalar are preparation drawings for the work owned by The Museum of Modern Art. While Tropical Tan has been included in many exhibitions, including the recent retrospective at The Parrish Museum of Art, this is the first time the Studies for Scalar are available for public viewing.

The series "Drawing Which Makes Itself" began in 1971 and continued into 1973. In the examples exhibited here for the first time, 22 7/8 x 29 inch sheets of white Strathmore drawing paper are folded with varying degrees of force. The eleven drawings (all dating from 1972) are installed on white walls, which require the viewer to search for and actively experience the work. Rounding out the show are Silence I-IV and Dark Silence I (1972), these intimately scaled collages only measure 5 3/4 x 4 inches each. The "Silence" series are made from overlapping labels and other bits of stationary. Dark Silence I was similarly constructed, then folded and treated with tar - the result giving the work a dimensionality and relief-like quality.

An illustrated catalogue accompanies the exhibition with an essay by David Levi Strauss, author of From Head to Hand: Art and the Manual (Oxford University Press, 2010), and other works. He is Chair of the graduate program in Art Criticism & Writing at the School of Visual Arts in New York. 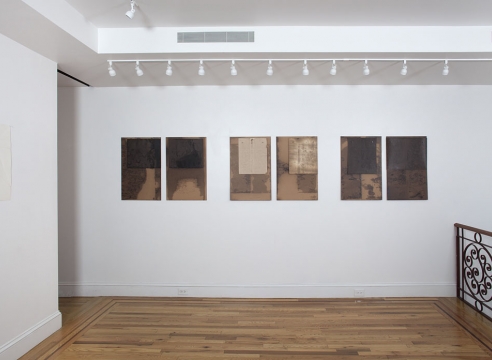 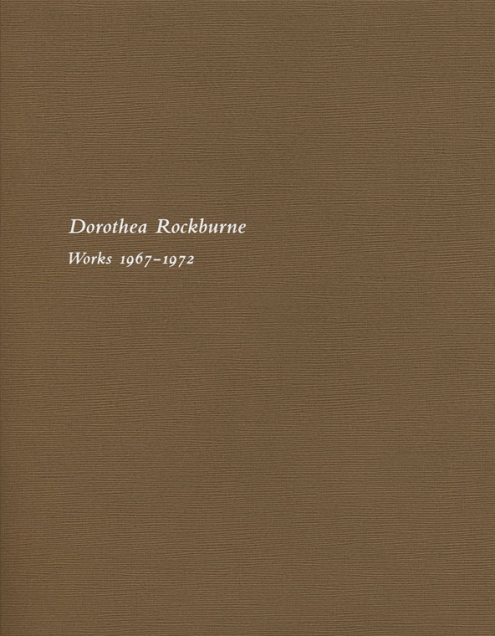