NEW YORK – Craig F. Starr Gallery is pleased to present Al Held Paintings 1959, which runs through August 19. The exhibition contemplates the critical moment of Held’s career when he broke from Abstract Expressionism and transitioned into Hard-Edged Abstraction. In 1959, Al Held was staying in the light-filled studio of his friend and fellow artist, Sam Francis. By tacking photographer’s backdrop paper to the walls and applying Liquitex acrylic colors to his canvas, he created his infamous Taxi Cab series as well as the 14 paintings included in this exhibition.

The result is a new style that is expressive yet direct, painterly yet structured. Held was largely influenced by Piet Mondrian’s objectivity and Jackson Pollock’s gesture. In adapting the rhythmic line of Pollock with the concise shapes of Mondrian, Held’s series maintains a remarkable push-and-pull between contrasting styles. The works share the sense of movement and frenzy apparent in his Taxi Cab series yet are executed on a smaller scale making them both intimate and contemplative.

Witnessing this transformation in Held’s work is significant in understanding his trajectory as an artist, as well as the greater transition in the artistic movements of the late 1950s in the New York School. A fully-illustrated catalogue, with an essay by Phyllis Tuchman, accompanies the exhibition. 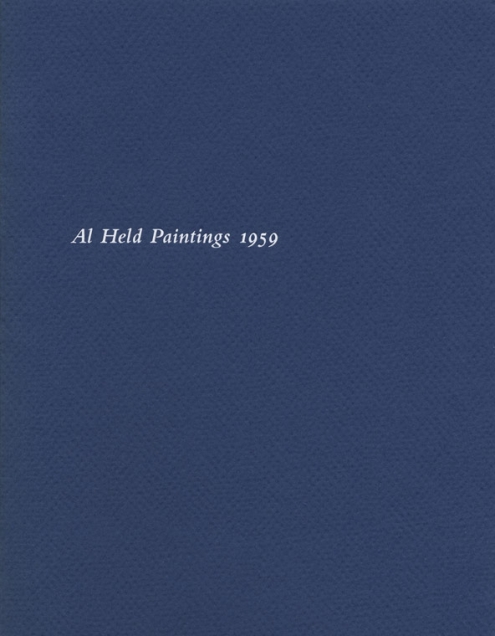